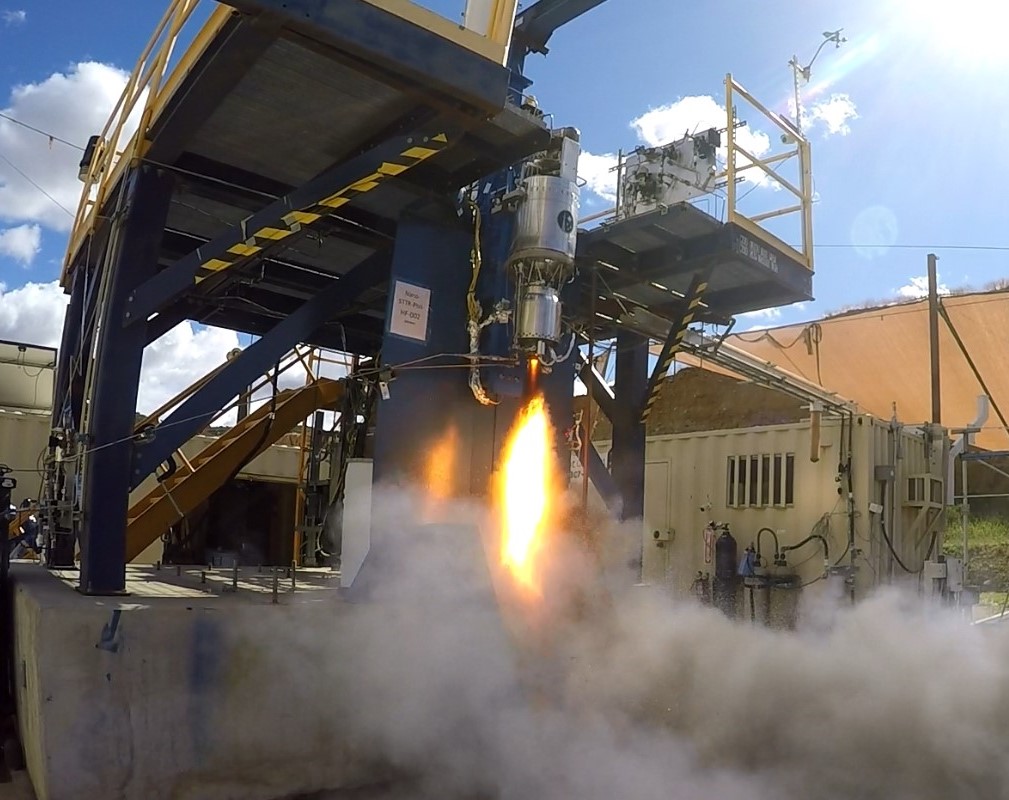 Parabilis Space Technologies, Inc. has successfully completed two rounds of static hotfire testing of a hybrid-powered upper stage using HTPB for the fuel and hydrogen peroxide for the oxidizer.  This upper stage was developed for NASA’s Armstrong Flight Research Center, and was designed to be a low-cost solution for dedicated small launch vehicles and sounding rockets.  Parabilis believes simple, safe, and affordable hybrid motor technology can be a game-changer for NASA and commercial launches.

This was the second successful demonstration of Parabilis’ novel Aft-injection, Center Exhaust (ACE) hybrid rocket configuration.  In these tests, Parabilis proved the ACE system is capable of stable, long-duration burns with a compact packaging similar to that of a liquid system, but without pumps or complex plumbing.  According to lead designer Ryan Trescott, the test series also successfully demonstrated the operation of three compact peroxide valves in a 90% H2O2 operational environment.  “The valves were operated by symbiotic helium feed from the primary tank pressurization.  That allowed the whole system to package within the very limited envelope of the upper stage faring.”

This hotfire series was conducted on the vertical test sand at Parabilis’ Lakeside Test Facility located in eastern San Diego county.  In addition to HTPB and rocket-grade high-test hydrogen peroxide, the facility is permitted for (and has used) numerous fuels and oxidizers to perform hundreds of successful rocket tests.